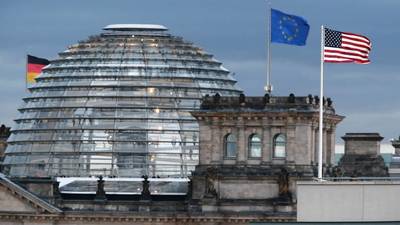 WASHINGTON — The White House and State Department signed off on surveillance targeting phone conversations of friendly foreign leaders, current and former U.S. intelligence officials said Monday, pushing back against assertions that President Obama and his aides were unaware of the high-level eavesdropping.

Professional staff members at the National Security Agency and other U.S. intelligence agencies are angry, these officials say, believing the president has cast them adrift as he tries to distance himself from the disclosures by former NSA contractor Edward Snowden that have strained ties with close allies.

The resistance emerged as the White House said it would curtail foreign intelligence collection in some cases and two senior U.S. senators called for investigations of the practice.

France, Germany, Italy, Mexico and Sweden have all publicly complained about the NSA surveillance operations, which reportedly captured private cellphone conversations by German Chancellor Angela Merkel, among other foreign leaders.

On Monday, as Spain joined the protest, the fallout also spread to Capitol Hill.

Until now, members of Congress have chiefly focused their attention on Snowden’s disclosures about the NSA’s collection of U.S. telephone and email records under secret court orders.

“With respect to NSA collection of intelligence on leaders of U.S. allies — including France, Spain, Mexico and Germany — let me state unequivocally: I am totally opposed,” said Sen. Dianne Feinstein (D-Calif.), who chairs the Senate Intelligence Committee.

“Unless the United States is engaged in hostilities against a country or there is an emergency need for this type of surveillance, I do not believe the United States should be collecting phone calls or emails of friendly presidents and prime ministers,” she said in a statement.

Feinstein said the Intelligence Committee had not been told of “certain surveillance activities” for more than a decade, and she said she would initiate a major review of the NSA operation. She added that the White House had informed her that “collection on our allies will not continue,” although other officials said most U.S. surveillance overseas would not be affected.

“Obviously, we’re going to want to know exactly what the president knew and when he knew it,” McCain told reporters in Chicago. “We have always eavesdropped on people around the world. But the advance of technology has given us enormous capabilities, and I think you might make an argument that some of this capability has been very offensive both to us and to our allies.”

Precisely how the surveillance is conducted is unclear. But if a foreign leader is targeted for eavesdropping, the relevant U.S. ambassador and the National Security Council staffer at the White House who deals with the country are given regular reports, said two former senior intelligence officials, who spoke on condition of anonymity in discussing classified information.

Obama may not have been specifically briefed on NSA operations targeting a foreign leader’s cellphone or email communications, one of the officials said. “But certainly the National Security Council and senior people across the intelligence community knew exactly what was going on, and to suggest otherwise is ridiculous.”

If U.S. spying on key foreign leaders was news to the White House, current and former officials said, then White House officials have not been reading their briefing books.

Some U.S. intelligence officials said they were being blamed by the White House for conducting surveillance that was authorized under the law and utilized at the White House.

“People are furious,” said a senior intelligence official who would not be identified discussing classified information. “This is officially the White House cutting off the intelligence community.”

Any decision to spy on friendly foreign leaders is made with input from the State Department, which considers the political risk, the official said. Any useful intelligence is then given to the president’s counter-terrorism advisor, Lisa Monaco, among other White House officials.

“Our review is looking across the board at our intelligence gathering to ensure that as we gather intelligence, we are properly accounting for both the security of our citizens and our allies and the privacy concerns shared by Americans and citizens around the world,” Carney said.

Caitlin Hayden, spokeswoman for the National Security Council, said the review would examine “whether we have the appropriate posture when it comes to heads of state, how we coordinate with our closest allies and partners, and what further guiding principles or constraints might be appropriate for our efforts.”

She said the review should be completed this year.

Citing documents from Snowden, the German news magazine Der Spiegel reported last week that the NSA’s Special Collection Service had monitored Merkel’s cellphone since 2002. Obama subsequently called Merkel and told her he was not aware her phone had been hacked, U.S. officials said.

Intelligence officials also disputed a Wall Street Journal article Monday that said the White House had learned only this summer — during a review of surveillance operations that might be exposed by Snowden — about an NSA program to monitor communications of 35 world leaders. Since then, officials said, several of the eavesdropping operations have been stopped because of political sensitivities.

Stobart is a news assistant in The Times’ London bureau. Chicago Tribune writer Rick Pearson contributed to this report.