Individuals connected with the DNC are being murdered in short order.

Questions: Who did it? Who ordered it?
Get the answers and the DNC is destroyed.

In July, a Democratic National Committee staffer named Seth Rich was gunned down in the Bloomingdale neighborhood of northwest D.C.  The police said his murder may have been the result of a robbery.

Now, however, Wikileaks founder Julian Assange is saying there is more to the story. 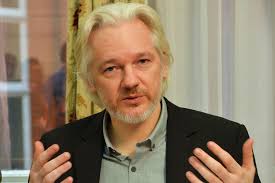 In an interview with a Dutch media outlet known as Nieuwsuur on Tuesday, Assange admitted that Rich, a staffer in the voter data department of the DNC, was Wikileak’s source within the organization.

In recent weeks, Wikileaks has released a torrent of information from inside the DNC — from emails to memos to voicemails — that has resulted in the resignation of top party officials, including Chairwoman Debbie Wasserman Schultz.  According to Assange, Rich arranged a large portion of this information.

After Rich’s murder, Assange announced that Wikileaks was offering a $20,000 reward for anyone who could provide information leading to an arrest and conviction in Rich’s murder case.

Assange’s interview with Nieuwsuur on Tuesday was the first time that the Wikileaks founder ever has revealed one of their sources. 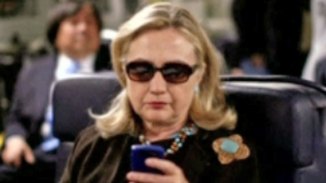 Since the Democratic National Committee emails were leaked a few weeks ago, three people associated with the DNC have all been found dead under what could be questionable circumstances. Some — including Bernie Sanders supporters — suspect the Clintons were behind the deaths, just more episodes in the alleged “Clinton body count” dating back to the 1990s. Others dismiss the speculation as left-wing conspiracy nuts. But until the police have completed their investigations and the medical examiners have released autopsy reports, it is premature to make any determinations.

DNC staffer Seth Rich was mysteriously murdered in the streets of Washington, D.C., on July 10. Although it is being investigated as a robbery, his wallet, credit cards and watch were not taken. The 27-year old was shot in the back on July 10 at 4:15 a.m. near his affluent neighborhood, while he was reportedly walking home from his girlfriend’s apartment. Police still have no suspects, witnesses or motive. His mother told the local NBC station that there were bruises on his face, knees and hands, apparently from trying to fend off his attackers.

Some are speculating that Hillary Clinton is behind the murder, because Rich could have been the DNC staffer responsible for leaking the 20,000 damaging DNC emails to Wikileaks. The allegation is that powerful Sanders allies convinced Rich to leak the data. He had previously worked on the U.S. Senate campaign for Nebraska businessman Scott Kleeb, who lost his election. The Clinton Global Initiative provided funds for a clean energy business started by Kleeb, which had come under investigation after losing $300,000 in 2010 and another $300,000 in 2011 despite the subsidies. Rich was also previously employed at a data firm that had worked with the Clintons. After news of possible corruption emerged between the Clinton Global Initiative and Kleeb, supposedly that led to Sanders’ cronies pressuring Rich to leak what was going on.
CARTOONS | Glenn McCoy
View Cartoon

Rich was a data analyst, so it is very possible he could have had access to the DNC’s emails. Julian Assange of Wikileaks said recently on TV that it wasn’t Russian hackers who intercepted the emails, as the Hillary Clinton campaign has alleged; instead, any one of a number of staffers within the DNC could have leaked them.

Emily Zanotti of HeatStreet, who is no leftist, has written a skeptical article about the conspiracy theories surrounding his death, analyzing Reddit threads. Reddit has contributors covering the circumstances of his death extensively, but they aren’t professional journalists, are mostly anonymous and can get things wrong, which hurts the credibility of the speculation.

The myth-debunking site Snopes labeled the suspicion over Rich’s death as false. This is strange, since how does Snopes know that it is false? The police haven’t even completed their investigation yet, which Snopes admits. Many murders go unsolved, including several of the strange deaths of people associated with the Clintons. A $25,000 reward is being offered for information about who killed Rich.

There should be no rush to judgment either way. Two people were robbed at gunpoint within the hour before Rich was murdered, a little over a mile away. If Rich was really the victim of a robbery, why didn’t the robbers take his valuables? It is possible that Rich refused to turn his valuables over, so the robbers shot him, and then fled without the valuables due to the noise from the gunshot. Police investigators will likely speak with the victims of the earlier two robberies and ask if they can recall what the gun looked like to see if the ballistics match the two rounds that killed Rich.

Shawn Lucas, along with filmmaker Ricardo Villaba, served the DNC on July 3 with a complaint and summons in a fraud action on behalf of Sanders supporters. In the video, he can be seen grinning, happy to do it.

On August 2, he was found lying on the bathroom floor dead by his girlfriend when she came home that evening. His girlfriend said he was in good health.

The former President of the United Nations General Assembly, John Ashe, mysteriously passed away on June 22, a few days before he was scheduled to begin pretrial meetings involving shady financial dealings regarding a former Clinton crony. Local police officers said he died from dropping a barbell on his throat while working out, but the UN oddly first claimed he died of a heart attack. The 61-year-old was supposed to testify against Chinese real estate developer Ng Lap Seng, who was implicated in the “Chinagate” scandal for funneling money to the DNC for Bill Clinton through Arkansas restaurant owner Charlie Trie. Ashe was arrested last year for allegedly taking over $3 million in bribes from Chinese businessmen, including over half a million from Ng Lap Se, in exchange for building a United Nations conference center in Macau.

Dominican attorney Henry Shillingford questioned his death, “It is strange for Antigua’s most senior diplomat to be implicated and die under such troubling circumstances.” The New York Post’s Page Six ran a skeptical article questioning the circumstances. A source told the paper, “During the trial, the prosecutors would have linked Ashe to the Clinton bagman Ng. It would have been very embarrassing. His death was conveniently timed.”

However, his widow, Dr Anilla Cherian, said it was the third time that her husband had been found collapsed at their home.

More suspicious deaths recently of people with ties to the Clintons

According to the Inqisitr, Thorn had appeared multiple times on The Russell Scott Show and told the host, “Russell, if I’m ever found dead, it was murder. I would never kill myself.”

Joe Montano, an aide to Hillary’s running mate Tim Kaine, died of a heart attack on July 25. He had worked for the DNC and was only 47.

A man named Larry Nichols claimed on the Pete Santilli Show that he was hired as a hitman for the Clintons, and killed several people years ago.

What is comes down to is this: how many other politicians have you heard of who have had so many mysterious deaths associated with them? You don’t hear of a Bush body count — not even an Obama body count. Snopes, the left-leaning internet myth debunker, labels the Clinton body count as false. However, the main site that hosts a list of the Clinton body count reports that is constantly under attack by hackers of Hillary’s.

Regardless of whether there is any truth to the Clintons being behind these deaths, at a very minimum, the gun laws in DC need to be changed to allow people to protect themselves. After being robbed while housesitting for a friend, former Washington Times columnist Emily Miller wrote a book about how difficult it was to obtain a gun for self-protection in DC, Emily Gets Her Gun. Fortunately, there is now ongoing litigation challenging these draconian laws. Whether Rich was killed by robbers or someone else, a gun likely would have saved his life.

This post has been updated to fix an error.

2009 Obama and Clinton are plotting their “Arab Spring” .
Along with destabilizing Libya, Yemen and Egypt they come up with a “Syria solution”
They decide to arm the anti Assad rebels to push Assad to resign.

Clinton takes this to Capitol Hill and gets buyin from senior Republicans and Democrats..

The State Dept and CIA set up shop in Benghazi after they destabilize and KILL Qaddafi.

The US then spends BILLIONS buying up weapons including MANPADS from Libya and start shipping them to Syrian rebels through an intermediary possibly Turkey.

But Syria goes sideways. The “REBELS” thatClinton chose go rogue. They become the genesis for ISIS or ISIL.
The Embassy in Benghazi falls and our Ambassador who was managing the arms deal for Clinton is killed. The State dept / CIA annex is destroyed. 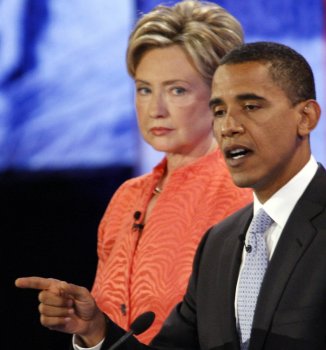 Now not only are Obama and Clinton implicated, so are top Republicans such as John McCain and Lindsey Graham. Everyone who approved of arming and creating ISIS is at risk.

Enter Donald Trump.
A Republican outsider who does not play by the rules. He rides a wave of revolution in the US.
Obama, Clinton and top Republicans know that their “secret” could be exposed.

Now they are panicking. If this is exposed they all could go to jail and risk their cozy jobs and pensions. (Remember Iran Contra)

So they all turn on Donald Trump, but they are also scared as they see the people from both parties revolting. They know that Trump would investigate and expose their treasonous activities. Trump does have a chance to win the election…

All because Clinton decided she wanted to change the Middle East…