Michael Hastings was a reporter. Just before his death he let friends know he was on a huge story that would lead to Obama.

He said he was being followed by the FBI

His car accelerated to over 100 MPH on a city street. His Mercedes suddenly veered into a tree on a quiet street with no traffic. Hastings was known as such a safe driver he was told he drove like” Grandma”. 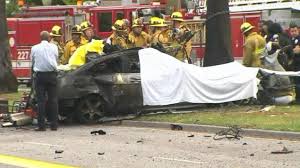 Against the wishes of the family the government had his body cremated.

There is sufficient evidence that his car was hacked.

I am sure the black box was “destroyed” in the accident.

What you read about below is true. IF our government / Obama is using these “hacks” to kill Americans
we need to stop it now.

Stomping on the brakes of a 3,500-pound Ford Escape that refuses to stop–or even slow down–produces a unique feeling of anxiety. In this case it also produces a deep groaning sound, like an angry water buffalo bellowing somewhere under the SUV’s chassis. The more I pound the pedal, the louder the groan gets–along with the delighted cackling of the two hackers sitting behind me in the backseat.

Luckily, all of this is happening at less than 5mph. So the Escape merely plows into a stand of 6-foot-high weeds growing in the abandoned parking lot of a South Bend, Ind. strip mall that Charlie Miller and Chris Valasek have chosen as the testing grounds for the day’s experiments, a few of which are shown in the video below. (When Miller discovered the brake-disabling trick, he wasn’t so lucky: The soccer-mom mobile barreled through his garage, crushing his lawn mower and inflicting $150 worth of damage to the rear wall.)
“Okay, now your brakes work again,” Miller says, tapping on a beat-up MacBook connected by a cable to an inconspicuous data port near the parking brake. I reverse out of the weeds and warily bring the car to a stop. “When you lose faith that a car will do what you tell it to do,” he adds after we jump out of the SUV, “it really changes your whole view of how the thing works.”

No Hands, No Feet: My Unnerving Ride In Google’s Driverless Car

This fact, that a car is not a simple machine of glass and steel but a hackable network of computers, is what Miller and Valasek have spent the last year trying to demonstrate. Miller, a 40-year-old security engineer at Twitter, and Valasek, the 31-year-old director of security intelligence at the Seattle consultancy IOActive, received an $80,000-plus grant last fall from the mad-scientist research arm of the Pentagon known as the Defense Advanced Research Projects Agency to root out security vulnerabilities in automobiles.

The duo plans to release their findings and the attack software they developed at the hacker conference Defcon in Las Vegas next month–the better, they say, to help other researchers find and fix the auto industry’s security problems before malicious hackers get under the hoods of unsuspecting drivers. The need for scrutiny is growing as cars are increasingly automated and connected to the Internet, and the problem goes well beyond Toyota and Ford. Practically every American carmaker now offers a cellular service or Wi-Fi network like General Motors’ OnStar, Toyota’s Safety Connect and Ford’s SYNC. Mobile-industry trade group the GSMA estimates revenue from wireless devices in cars at $2.5 billion today and projects that number will grow tenfold by 2025. Without better security it’s all potentially vulnerable, and automakers are remaining mum or downplaying the issue.

As I drove their vehicles for more than an hour, Miller and Valasek showed that they’ve reverse-engineered enough of the software of the Escape and the Toyota Prius (both the 2010 model) to demonstrate a range of nasty surprises: everything from annoyances like uncontrollably blasting the horn to serious hazards like slamming on the Prius’ brakes at high speeds. They sent commands from their laptops that killed power steering, spoofed the GPS and made pathological liars out of speedometers and odometers. Finally they directed me out to a country road, where Valasek showed that he could violently jerk the Prius’ steering at any speed, threatening to send us into a cornfield or a head-on collision. “Imagine you’re driving down a highway at 80 ,” Valasek says. “You’re going into the car next to you or into oncoming traffic. That’s going to be bad times.”

A Ford spokesman says the company takes hackers “very seriously,” but Toyota, for its part, says it isn’t impressed by Miller and Valasek’s stunts: Real carhacking, the company’s safety manager John Hanson argues, wouldn’t require physically jacking into the target car. “Our focus, and that of the entire auto industry, is to prevent hacking from a remote wireless device outside of the vehicle,” he writes in an e-mail, adding that Toyota engineers test its vehicles against wireless attacks. “We believe our systems are robust and secure.”

Anatomy of an auto hack: With just a laptop connected to its diagnostics port, Valasek and Miller turned an innocent Prius into the world’s worst amusement park ride. Here what they could do.(Click to enlarge)

But Miller and Valasek’s work assumed physical access to the cars’ computers for a reason: Gaining wireless access to a car’s network is old news. A team of researchers at the University of Washington and the University of California, San Diego, experimenting on a sedan from an unnamed company in 2010, found that they could wirelessly penetrate the same critical systems Miller and Valasek targeted using the car’s OnStar-like cellular connection, Bluetooth bugs, a rogue Android app that synched with the car’s network from the driver’s smartphone or even a malicious audio file on a CD in the car’s stereo system. “Academics have shown you can get remote code execution,” says Valasek, using hacker jargon for the ability to start running commands on a system. “We showed you can do a lot of crazy things once you’re inside.”

One of the UCSD professors involved in those earlier tests, Stefan Savage, claims that wireless hacks remain possible and affect the entire industry: Given that attacks on driving systems have yet to be spotted outside of a lab, manufacturers simply haven’t fully secured their software, he says. “The vulnerabilities that we found were the kind that existed on PCs in the early to mid-1990s, when computers were first getting on the Internet,” says Savage.

As cars approach Google’s dream of passenger-carrying robots, more of their capabilities also become potentially hackable. Miller and Valasek exploited Toyota’s and Ford’s self-parking functions, for instance, to hijack their vehicles’ steering. A car like the 2014 Mercedes Benz S-Class, which can negotiate stop-and-go traffic or follow a leader without input, may offer a hacker even more points of attack, says Gartner Group analyst Thilo Koslowski. “The less the driver is involved, the more potential for failure when bad people are tampering with it,” he says.

In the meantime, Miller and Valasek argue that the best way to pressure car companies to secure their products is to show exactly what can be done with a multi-ton missile on wheels. Better to experience the panic of a digitally hijacked SUV now than when a more malicious attacker is in control. “If the only thing keeping you from crashing your car is that no one is talking about this,” says Miller, “then you’re not safe anyway.”

Follow me on Twitter, and check out my book, This Machine Kills Secrets: How WikiLeakers, Cypherpunks and Hacktivists Aim To Free The World’s Information.

Mishap of B-52 at Fairchild Air Force Base Washington – YouTube.

Some of the american consulate burnt cars, in Benghazi, Libya / AP

The CIA “repeatedly blocked” the departure of a security team that was ready “within minutes” to respond to the Sept. 11, 2012, terror attacks in Benghazi, Libya that claimed the lives of four Americans, according to Rep. Frank Wolf (R., Va.)

Wolf revealed on the House floor on Monday that “trusted sources have confirmed” to his office “that the security team was ready to respond within minutes after receiving the initial call for help, but the CIA repeatedly blocked their departure for more than 30 minutes.”

Although this team “ultimately disobeyed orders,” it was “too late to save” Ambassador Chris Stevens and U.S. official Sean Smith, both of whom were murdered during a terror attack on the U.S. compound.

“Why was the CIA’s security team repeatedly ordered to ‘stand down’ for more than 30 minutes after the attack began?” asked Wolf, who has taken to the House floor each day over the past week to pose what he says are unanswered questions about the Benghazi attack.

“Where did the order to stop the team from responding originate—was it directed by the CIA or someone else in Washington?” Wolf asked.

“If the team had been allowed to respond immediately, could the lives of Ambassador Stevens and Sean Smith have been saved?” he asked.

“And has anyone been held accountable for obstructing the security team?” he asked.

This entry was posted in Congress, Obama Administration and tagged Benghazi attack,Frank Wolf. Bookmark the permalink.

The Piratearian
Blog at WordPress.com.